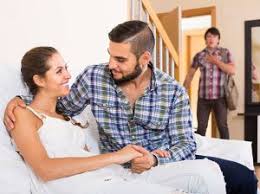 Overcoming infidelity requires acting both on oneself and on the relationship by Cheating-Detector.org

One of the biggest reasons for the consultation of people who go to couples therapy is infidelity. This phenomenon occurs relatively frequently in society. Couples increasingly turn to the Cheating-Detector.org for this reason for consultation.

Discovering infidelity can have devastating effects on couples: problems of trust, jealousy, frequent arguments, objections, threats of separation, loss of communication, etc. Different relationship dynamics destabilize the members of the couple. The couple itself, and even the family environment.

When a couple in this situation asks for help, the crisis originated can even generate doubts about breaking the relationship. At other times, although they are sure they want to stay together. They are unable to get close emotionally. And this is where the work of the professional comes in.

A psychologist is an expert person! Emotionally distanced from the problem. The goal is to help rebuild the trust in the relationship and the feeling of union and cooperation that broke with infidelity.

The couple therapist has an objective view of the problem, does not make moral judgments or look for guilty parties. Analyze the situation and use scientifically supported techniques to help the couple.

Why are we unfaithful?

The causes of infidelity are very diverse. In recent studies, among the reasons stated by the respondents were. To experience something different when having an affair. To avenge the previous infidelity of their partner and to convince themselves that they want to be with their partner or to light the spark in their relationship.

But the main reason they stated was “Gain self-confidence.” This is the most fundamental reason why people are infidels, more frequent than the boredom of the routine of a stable relationship.

In our society, seduction and the fact of liking others creates a great value. Infidelity covers the need for admiration that many people have. It helps them to have more self-confidence and to improve their self-esteem.

The game of seduction catches and hooks the person.

At first, the person starts the game of “foolishness,” without thinking that nothing serious will arise. But little by little, he gets hooked to that dose of reinforcement that the other provides.

He feels very well knowing that he likes and seduces and does not want to stop feeling it. For that reason, he continues with the game, which increasingly becomes more addictive.

This reinforcement of self-esteem is not only generated by the interchange of the other but is created primarily by oneself. Seducing implies exhibiting the most beautiful part of oneself. This point is where the Cheater falls into the trap.

You get hooked to the sensation of feeling a “seducer.” You get the best of you to captivate the other person and then “Upsss!”.

The crush arises, you love yourself. It is a feeling that you had forgotten with your usual partner because you do not have to conquer it anymore.

At other times, we find infidelity as a means to an end. That is, it is through it, the way the person has to express an uneasiness in their relationship.

The fact that one of the two people is unfaithful is usually the starting point to start talking about the problems and solve them. It would be something like “hit bottom” to then resurface.

These people go to couples therapy, and their first reason for consultation is to overcome infidelity. Take into consideration is just the starting point. When you reach reconciliation, it is time to start working on all those aspects that were failing in the couple. Which are what have led one of them to be unfaithful.

“Will I be able to forgive infidelity?”

Spouses betrayed one of the issues most often raise when they go to therapy the first day. They say things like: “I would like to forgive, but I do not know if I will be able because I always promised myself that I would never forgive something like that.”

It is normal to have doubts about whether they will be able to forgive and that everything will be as before. Infidelity destabilizes the couple’s relationship. It generates conflicts, causes confidence lost and breaks the feeling of union and intimacy. Fortunately, all of this can recover with the help of a professional.

The person feels humiliated, betrayed, and defenseless in the face of the situation.

He usually feels a lot of anger, anger, and feeling of revenge towards the other and believes that these feelings will never change. That is why he feels he will not be able to forgive.

All people are capable of forgiveness. Some people forgive easily, and others cost more. The ease of forgiveness is also related to what the “infidel” does to be forgiven. The severity of the infidelity and to how the cheating appears (whether confessed or not). We always find obstacles that prevent the reunion.

Go beyond the rancor and emotionally manage infidelity!

One of the critical elements of couples therapy is to digest the resentment of the person who has felt betrayed because while this emotion is at stake, it is difficult to move forward.

The sessions are not relaxed. It is not about telling us positive things or remembering that we love each other. Thinking that this is going to be solved. It is a much more in-depth work, of emotional unblocking, of adjusting beliefs, of installing new interpretations to recreate the connection.

That resentment gives way to forgiveness and trust is restored. Each session is different, in some sessions you work with both members of the couple at the same time and in others separately.

The ultimate goal is to walk together again and the couple “reinvent” after this crisis, so that at the end of therapy. Both feel that not only has overcome infidelity, but have healed wounds from the past and have grown as people and as a couple.

Infidelity: An essential problem in relationships

The process is always slow and complicated, but about 50% of couples manage to overcome infidelity.

Faithfulness is the base on which you build a relationship. The vast majority of marriages and stable couples, so it is not strange that one of the main reasons why couples demand psychological help in overcoming infidelity.

In several national surveys, 62% of men and 43% of women said they had been involved in some adultery throughout their lives. Becoming the second most urgent problem in a couple after physical abuse.

But what is considered infidelity? Is it necessary to have sexual contact or the basis of an emotional relation? Does any contact imply a lack of fidelity?

Why is so complex to decide between what is and what is not cheating?

In practice, it is hard to define what kind of behavior implies infidelity. The limits are appropriate, and in his opinion, the ideas of each member, the previous experiences. The customs of the family of origin and the social context. Therefore, it is normal that what is considered infidelity in a couple not in the sea in another and vice versa.

At the same time, men and women different ideas about infidelity. While many women relate to any intimacy – either sexual or with cheating, men are more likely to deny it, unless there has been constant sex.

New technologies, like social media, increase the ambiguity of the concept, and it is more difficult for the couple to overcome the conflict. What is the improvement of the media? Has access to information been improved? Excessive time to make the couple suspect.

In the first case, sexual dissatisfaction is the engine for the establishment of new relationships, while in the second case, it is a more global and complex dissatisfaction that leads to transgressing the pacts of fidelity.

More infidelities but for the same reasons

The actual frequency of extramarital relationships is increasing every day, especially among the female population. This change in behavior is mainly related to the availability of effective contraceptives.

The change in the social role of women and their integration into their jobs. Where women have more contact with males outside of their life as a couple and that women fearless of possible unwanted pregnancy.

On the other hand, it is necessary to indicate that both sexes exhibit similar reasons, to initiate and maintain a relationship of these characteristics. Infidel men and women talk about the experience of a couple of relationships, monotonous and empty. No response to their sexual and emotional responsibilities.

These patterns signal that cheating in most instances indicates the need for “something more” or “something different” in their interaction and their life as a couple, in many cases, in the search for what they feel is missing.

Can you overcome infidelity?

How can you respond? What is the problem? This is the probability that life has increased if you have been unfaithful is a man and if infidelity has only been sexual.

Therefore, at the time of the plant, you can find a possible reconciliation between infidelity. It is necessary to assess the advantages and disadvantages of the relationship and keep in mind that not all couples are separated.

Can you resume a relationship after infidelity?

To what extent does an infidelity end with the health of a loving relationship?

Resuming a relationship after infidelity

On the possibilities of rebuilding the relationship after this crisis.

It is widespread, both in our daily lives and in the professional field of a psychologist. That we know cases of couples in which infidelity occurs. In these situations the question usually appears is it preferable to cut the relationship or can it continue?

In this Post, we will examine the question of whether it is possible to resume the relationship after infidelity. With all that this entails, or it is better to end this bond of the couple.

The importance of shared values to emotionally manage an infidelity

It is important to emphasize that the situation and the suffering will depend on the values ​​that sustain a relationship. If in the values ​​of the couple, the break of monogamy is not seen as a betrayal, obviously, the suffering is much less or nonexistent.

It is also essential to know what kind of infidelity we are talking about (sexual, emotional, digital) and how both partners perceive it.

Equally important is assessing why infidelity has occurred; primarily, if this has happened because of an underlying problem in the relationship to be resolved. Such as the couple’s routine or a pattern of behavior based on the lack of impulse control, among other causes.

The intervention in couple therapy

The psychologist will help to find out why this infidelity has occurred, but it is not about the search for “guilty” but to find possible shortcomings in the relationship or specific behaviors that are subject to improvement.

Well, it is a complex and personal issue, but in which the psychologist or psychologist can help. How can he do it? Why is professional help convenient in these situations?

It is a complex issue that can generate great suffering for both parties. Obviously who has been unfaithful feels terrible, but also the deceitful person often has to handle feelings of guilt, frustration.

The unfaithful person can feel lost, not knowing if forgive the cheater, if to cut the relationship, if revenge, if angry or sad. The unfaithful person does not know how to act. If talking about the subject, if to be silent, to be more affectionate, to function normally and this, in turn, generates a tension in the relationship that makes coexistence very difficult and that can wear it out until the rupture.

HELP YOURSELF BY HELPING OTHERS!